Vashon High School opened my eyes to a serious problem. Before I elaborate, let me describe the circumstances which led me to the school.

I am part of a program called Cultural Leadership (CL). The group learns about the roots of prejudice through a series of group activities. One of these activities is called a “school swap.” As a participant in the school swap, I attended Vashon High School, a public high school in the inner city, for one day, shadowing a “buddy” student.

Shock was a near-constant emotion that day for me. I felt shock whenever a student cussed at a teacher, and a teacher cussed right back. I felt shock during my buddy’s AP US History class, when I counted nine students in the classroom and the teacher said it was the only AP course offered at Vashon. I felt shock in my buddy’s Spanish class, when two boys flew at each other, flinging desks across the room. But I think I felt the most shocked when the class rolled their eyes and the girl next to me suggested I back up to the wall. They’d seen it all before. After all, fights like that happen “every other day.”

After school, several other CL kids and I interviewed the principal about funding. He talked about how it’s related to property tax, and how property taxes aren’t nearly as high in the city as they are in the county.

As my group interviewed him, I couldn’t help but notice the posters lining the walls of his conference room. There was one for each class, freshman through senior, with every student’s name written in a grid. The grid stretched to display each student’s grades, class rank and a sticker showing whether or not they were on track for graduation. There wasn’t a way to overlook the students without a sticker; they glared from the poster and demanded attention. And that’s the way he intended it to be.

I couldn’t go to Vashon another day, let alone four years. If I lived in that area and had to attend Vashon, I would join 49 percent of Vashon’s students and drop out within a quarter.

I know how blessed I am to attend KHS. I know those kids who stay at Vashon, who make it to graduation, have ten times more dedication, determination and strength than I could ever muster. I know about the inequality that needs to be addressed inAmerica’s education system. I know before there’s ever a solution, people need to know a problem exists.

One thought on “School swap: a shocking eye-opener” 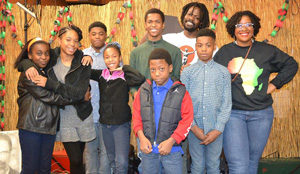 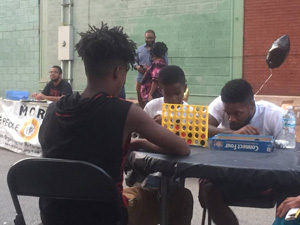 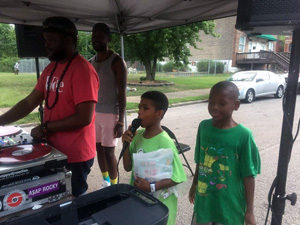